Guess what unexpected pair is co-hosting a new show on VH1?

..Snoop D-O-G-G and Martha Stewart herself! 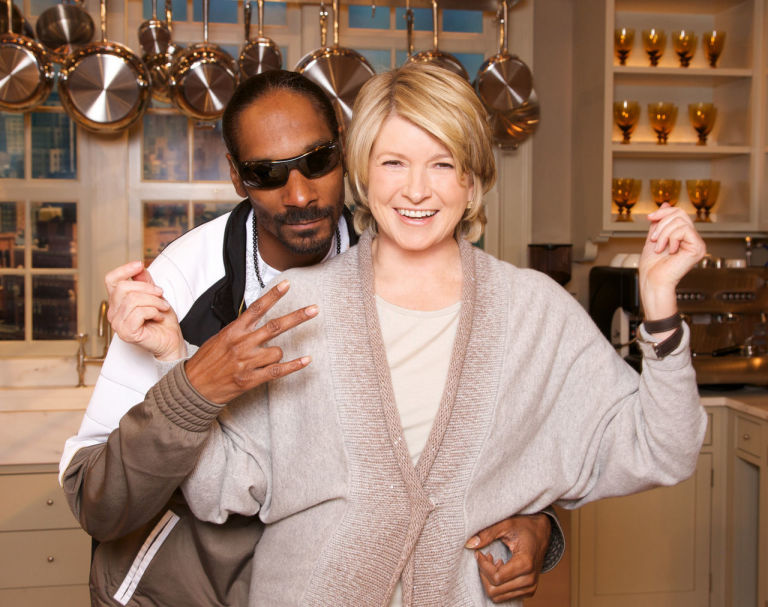 Snoop describes the upcoming project as a “dinner party atmosphere” type of a show. Sounds right up Martha Stewart’s alley. The show is rumored to be filled with a few things that Snoop likes to indulge in as well😏:

The show, which has the current working title of Martha & Snoop’s Dinner Party, will see the duo inviting their celebrity friends over for “a half-baked evening of cocktails, cooking, conversation, and fun where nothing is off limits.” There’s no word yet on just who the celebrity guests will be, or on how many episodes we’ll be treated to, but the show is slated to begin airing on VH1 sometime this fall. -Cinablend

Martha is no stranger to diversifying her kitchen with ‘pepper’, as she has prepared meals with LL Cool J, Big Boi and Ludacris on her cooking show.

I can’t wait to see what Martha and Snoop smoke, drink, cook and eat up💨. I’m truly ready to be a part of Martha & Snoop’s Dinner Party’s studio audience to witness the masses decipher which of the 2 entertainers is an actual convicted felon…….. What chu think?⇣

DMX is Back in Rehab [DETAILS]